Type-safe Unit Expressions for Java (and you)

Unit type-safety, or lack thereof, can have real consequences, sometimes disastrous ones. This article briefly demonstrates how the Manifold framework’s extension and science libraries can be applied toward a general solution using type-safe units and quantities. 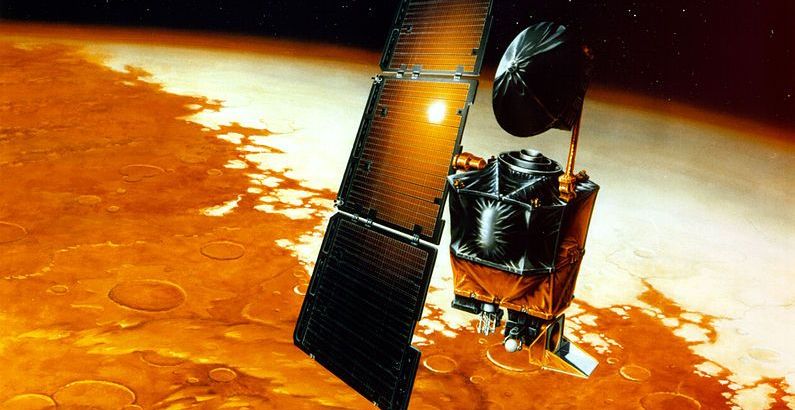 No other example of unit related failure quite measures up to the 1999 incident involving NASA’s Mars Climate Orbiter (MCO). Those familiar with the story know the spacecraft missed its big red target by miles… er kilometers or something related to the metric system. Indeed, the inquiry led by the MCO Mishap Investigation Board concluded the orbiter missed its mark due to:

The output from the SM_FORCES application code as required by a MSOP Project Software Interface Specification (SIS) was to be in metric units of Newtonseconds (N-s). Instead, the data was reported in English units of pound-seconds (lbf-s).

Whoops! The report also reveals several missed opportunities that could have otherwise prevented the accident. Ultimately, gaps in communication were viewed as central to the point of failure. But one must wonder, if the problem manifested in software, why wasn’t more attention placed there?

To rehash, one system provided quantities of linear momentum as pound-seconds (lbf s) for another system expecting newton-seconds (N s). The receiving system’s API, consisting of a data format, failed to model the quantities type-safely. Instead, the API accepted raw numeric data. A simplified illustration:

As a general rule, if the compiler can enforce what otherwise must be documented, favor the compiler! So let’s replace the double with a type-safe abstraction for momentum.

The Momentum type is taken from the Manifold framework’s Science library, which models physical dimensions as a class library of type-safe units and quantities. A quantity of Momentum is expressed in terms of MomentumUnit. Internally, the dimension classes maintain quantities as SI units, thus all physical calculations are inherently unit-independent. As a result, we can now call performManeuver() with the unit of our choosing:

Although they are defined with different units, both values are identical quantities of Momentum. Big win! But how do we work with Momentum? One advantage of using a unitless type like double is simplicity. Manifold maintains and extends this level of convenience with type-safe unit expressions, which allow us to rewrite the code above like this:

Additionally, with the aid of Manifold-provided operator overloading we have the utility of type-safe arithmetic across the entire spectrum of physical quantities. For instance, the science library defines the product of Force and Time as a quantity of Momentum.

Eventually, physical calculations lead to interfacing with the outside world. Whether that’s displaying results on a screen or interacting with a spacecraft, the software delivers specific values. Manifold’s physical dimension classes provide a common interface for unit conversions and data access. You can also use string interpolation to easily format output:

Note, the Manifold Plugin for IntelliJ IDEA provides comprehensive support for all of the framework’s features. It is free for use with IDEA Community Edition.

There’s much more to Manifold’s treatment of physical quantities. The intent here is to point out the significance of type-safety with respect to API usage of physical quantities and how to apply Manifold toward making improvements. Of course, you can use the framework anywhere in your code where type-safe quantities could improve your development experience. Hopefully, you’ll never have to experience a unit failure of the Mars Climate Orbiter caliber!

The sample code from this article is available on github.